It was great to see all your wonderful Yola Web Stars contest submissions – and hard to choose among them.
After admiring all the creativity, business savvy, and hard work, here are our Ten Notable Sites (in alphabetical order). 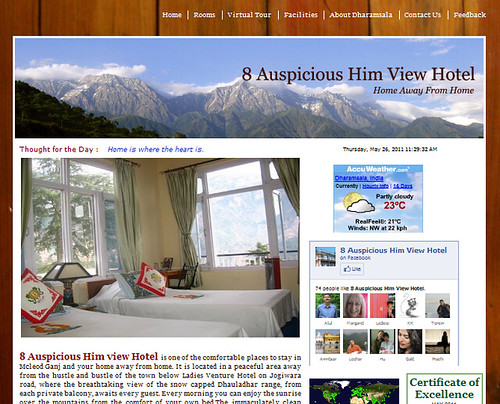 This hotel in Dharamsala, India boasts stunning views of the snow-capped Dhauladhar range – and their well-organized site shows off the views and more with plenty of images. According to site owner Tenzin Nmaygal, Yola has helped make their business “amazing.” “These days, there are around 50 to 60 visitors to our site every 24 hours. Thank you, Yola Team!” says Tenzin. Thank you, Tenzin. 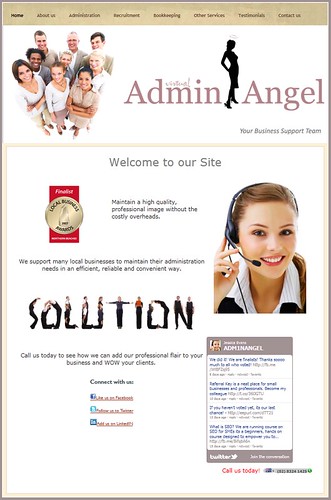 When Jessica Evans started her business, she was working from her loungeroom and had no money to invest, so she created a basic Yola site, then moved up to a premium style and custom domain name and email. “By creating a professional image for my business at such a low cost I was able to build the business as I had dreamed. I now have an office and five staff members,” says Jessica. Just the kind of story we love to hear. 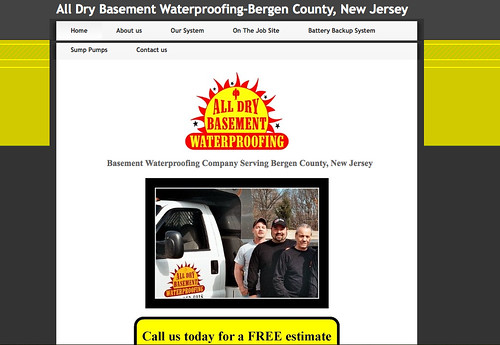 The Orsino family started All-Dry Basement Waterproofing more than 30 years ago. Their free Yola site has been a boon, says Jeryl Orsino. “Because of Yola, we’re booked with jobs throughout the whole summer. In this economy that is huge!” They’ve also done a great job of optimizing their site. “Using the optimization tools like keywords and metatags we went from invisible the top of the search engines,” explains Jeryl. “The majority of callers say they found us on the web. Thanks to our Yola site we are the leading basement waterproofer in Bergen County, New Jersey.” 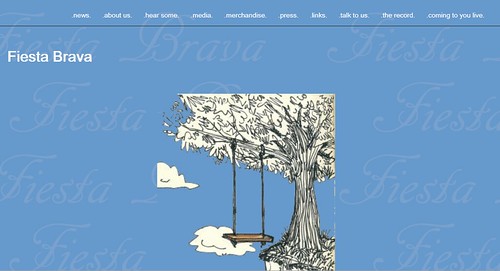 Fiesta Brava is an indie rock band based in Northampton, Massachusetts, and when they needed something to set themselves apart from other local groups, they chose Yola. “Creating a Yola website could not have been easier. From uploading music and pictures to creating a blog, the Yola site builder made it easy to put together something that that I am proud of,” says Ray Keane. “Since we created our Yola site, our ability to network with venues and bands outside of our area has increased dramatically.” 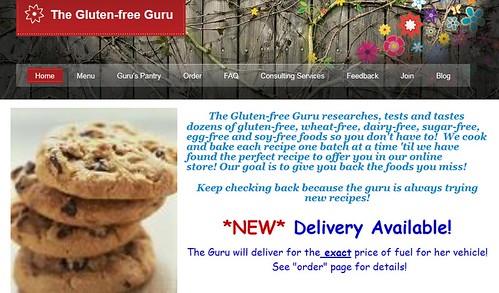 Krissy White’s business was born in 2008, when she and two of her children were diagnosed with severe gluten sensitivities. She noted that people everywhere were going gluten-free, and decided to begin her new venture online. “I had no idea where to start,” Krissy tells us. “Then I found Yola and literally within minutes had a professional-looking website that I could launch my business with!” This entrepreneur changes up the recipes and specials on her site regularly. “I now have dozens of clients,” says Krissy. 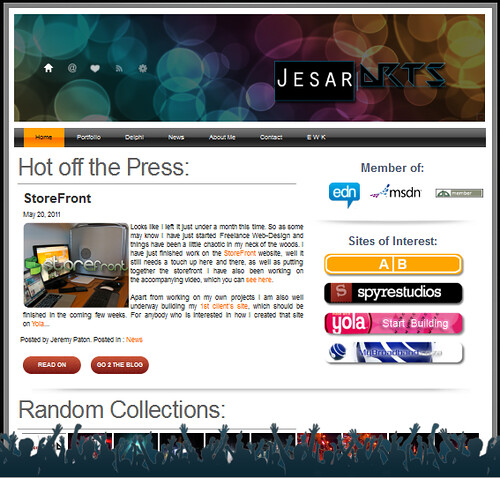 Two years ago, designer Jeremy Paton started using Yola. “I loved the simplicity and speed at which Yola’s site builder allowed me to create an online portfolio,” he explains. He was able to start his own web-design company with Yola, too. “Yola has helped me offer my clients professional designs at extremely competitive prices,” says Jeremy. He’s pushed out the boundaries of what our site builder can achieve, too – which you can see from his own Yola site. Exciting stuff, Jeremy – you’re a guy after our own heart! 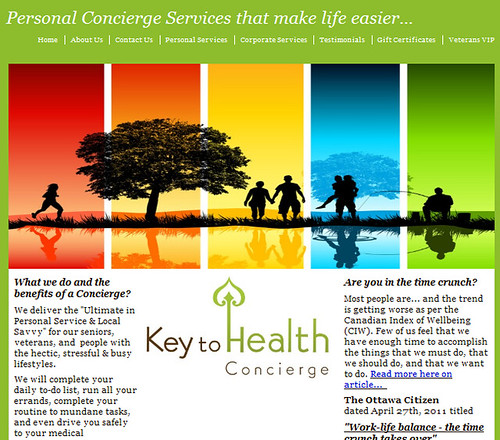 Starting a new business takes a lot of hard work, perseverance, and a good cash flow. “As we all know, the cash flow can be limited when you’re starting out,” says Rory Harrison, president of Key to Health Concierge. That’s why he switched his site to Yola (and took advantage of a special Yola Silver promotion). “My Yola site increased my traffic and has helped flow more business my way, too,” says Rory. “Your support system is flawless.” We’re glad to be supporting Rory and all those small businesses out there. 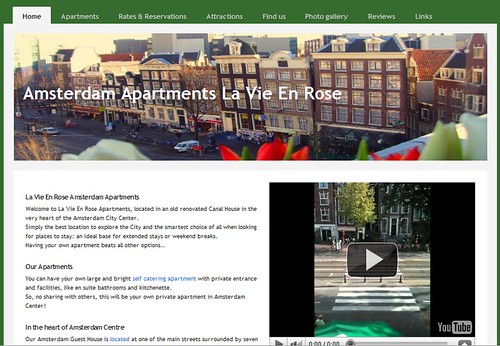 Yvon Harig-Linssen’s charming Amsterdam apartment-hotel gets great reviews on travel sites. With his Yola site, those rave reviews are in one place where prospective clients can see them all. Now people all over the world can see photos of rooms in the hotel, check rates, and even make reservations online. “I can reach customers everywhere, and now I get clients directly, which saves me money,” says Yvon. “It was easy to create my own website with an appealing look, too.” 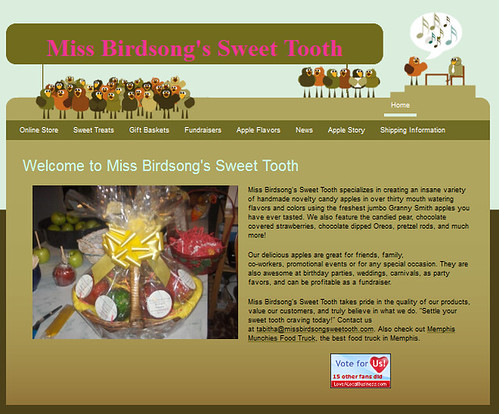 Tabitha Birdsong started her candy apple business with an old college friend in 2005, just after she was laid off from her job as an elementary school teacher in Memphis, Tennessee. “After we built our Yola site in 2009, our business began to grow in ways that we never thought possible,” says Tabitha. “We’re even getting calls from people in surrounding states.” Tabitha is loves Yola’s reasonable price and having PayPal up on her site. “Yola really values small businesses. We look forward to many more years of growth with Yola’s great support staff.” We do too, Tabitha.

The Yoga and Fitness Studio 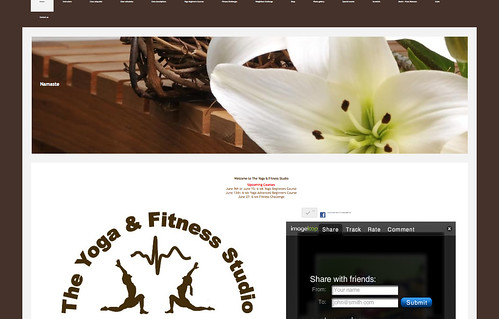 “We started the Yoga & Fitness Studio at the end of January 2011, just days before cyclone Yasi hit the north coast of Australia,” say Tatjana Good and Troy Morris. “Our Yola site helped us succeed despite the economic devastation of the cyclone and two competitors opening up in the area.” Their studio now has more than 200 members and 117 Facebook “likes” (and counting). “Yola’s support team has been by my side, answering all my questions in the most encouraging way,” says Tatjana. We can’t wait to see how your business keeps on growing!

Site of the Week: Box it Design

Site of the Week: Klipitz Handmade Hairbows for Kids